What is Memory and How Many Types of Memory are Available in Computer? 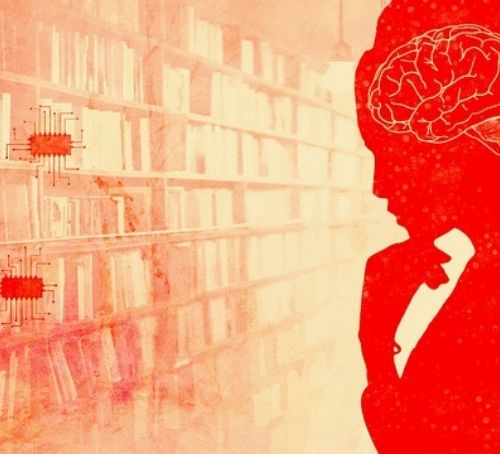 Memory is used in computers to keep the entered data and instructions with the help of some input devices.

It is also used for keeping the intermediate results that are produced during the execution process in the computer.

Even the final results after all the processing are also kept in the memory before it is displaying it on the output devices.

Also Read: What is the Full Form of Internet?

This article aims that simplifying the term memory and explaining the types of memories that are present in your device.

Memory is a system that is used to store some information for immediate use, where data is going to be processed and some instructions are required for processing that data.

Also Read: What is HTTP?

Do you know, what is the difference between memory and storage?

No, Here is the answer.

Also Read: What is the full form of URL?

How Many Types of Memory are there?

There are three types of memories present in the computer, namely:

What is Primary Memory?

Primary memory is volatile and has a design of a honeycomb with many small components known as the memory cell.

These cells have an inbuilt address that is definite and there are a fixed number of bits that can be stored in each cell, these bits are known as word length.

The motherboard is known as the principal circuit board that consists of several electronic components.

There are two types of primary memory named,

It helps the user to read and edit or write the information with the facility of random access.

The nature of this memory is volatile and you can randomly access any location inside the memory and this location directly retrieve plus store the data and instruction.

There are two types of RAM, namely SRAM and DRAM.

What is Secondary Memory?

The purpose of this memory is to store a huge amount of data for a long time, and the storage capacity is about a terabyte or more.

It is a high–speed memory that can connect itself to the main memory, and is non-volatile with information being overwritten at any point.

Some of the examples of this type of memory are magnetic disks, tapes, drums, and optical disks.

What is Cache Memory?

Cache memory is also known as the supplementary memory that is used to store the data and instructions that are being used frequently to make the processing of the CPU quicker to respond to.

It is positioned between the CPU and the main memory, and the mechanism of this is based on the property of computer programs called locality of reference.

This memory is intended to give memory speed to the approaching memories making them easy to access.

What is Virtual Memory?

Virtual memory is known as the type of feature of the operating system that can enable a computer so that it can compensate for the shortages of physical memory.

It is done by transferring the pages containing the data from RAM to disk storage.

That explains if the RAM is running low, virtual memory will move the data to the space called the paging file.

This helps the RAM to be freed up so that the computer can complete the task.

What is a Volatile Memory?

Volatile memory is the type of memory that is used to store data while the system is running.

What is a Non-Volatile Memory?

Non- volatile memory is the type of memory that can store the data even while the system is off.

It is a popular form of memory that eliminates the need for comparatively slow storage like the hard disk.

What is Flash Memory?

Flash memory is the type of memory that is long-lasting with a non-volatile storage chip that is used in the embedded system.

It is embedded with NAND and NOR gates and it does not require a battery for the solid-state storage and has a very fast access time with higher resistance to kinetic shock.

It is extremely durable and can be used for multiple applications.

Ans.  The fastest memory is the cache memory.

Ans. ROM is the non-volatile type of memory.

Ans. main memory is the main storage region of the computer, where the CPU has immediate and direct access.

Ans. the function of main memory is that its solid-state acts as the central storage unit of the computer system.

Ans.  RAM is the volatile type of memory.