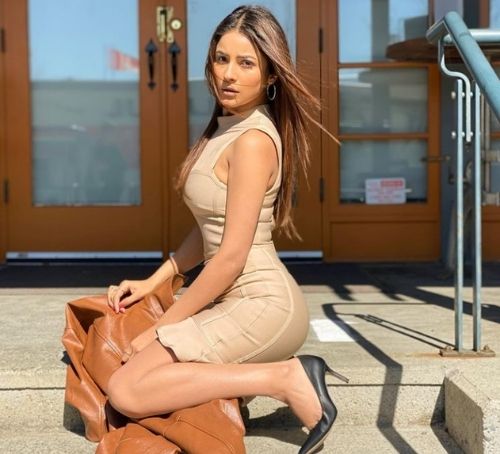 Shehnaz Gill is a famous name of the Punjabi and TV industry. She started her career in the Punjabi industry. But she got love from the whole country from Bigg Boss 13 show (on Colors Channel). In the Bigg Boss show where she entertained people even while talking to monkeys and crows. Her video with Siddharth Shukla “Bhula Dega” was liked by people. Let us know who is Shehnaz,

She was born in a Punjabi Sikh family on 27 January 1993 in Chandigarh, Punjab. Shehnaz Gill’s father’s name is Santokh Singh Sukh. And her mother’s name is Parminder Kaur. Because she is the first child of her parents, she has been raised very dearly. The younger brother of Shehnaz is Shehbaz.

The mystery of the Taj Mahal

Nowadays, you can see him and Shehnaz on the show “Mujse Shadi Karoge”, telecast on the Colours channel.

Shehnaz had the pleasure of acting, modeling, and dancing since childhood. Shehnaz completed her graduation (B.Com) from Lovely Professional University, Phagwara, Punjab.

Shehnaz started her career by acting in the Music Video ‘Shiv Di Kitab’ in 2015. This song is sung by Gurvinder Brar. Click here to listen to this song.

After this song, Shehnaz also acted in many more music videos. For instance,

Shehnaz Gill is also a very good singer. Shahnaz has sung many songs, in which Shehnaz’s Weham Song became very famous and people liked it very much.

She also worked in the movie “Kaala Sha Kaala” and Daka released in February 2019. In these movies, she was not in the lead role. But people appreciated his acting very much.

The two (Siddharth Shukla and Shehnaz Gill) were seen together in the song “Bhula Dunga” released on March 24, Which the audience liked very much.

Shahnaz had a dispute with Himanshi Khurana before entered in the Bigg Boss house. Where did the dispute start now, Conflict started when Shahnaz Gill asked in an interview which song you don’t like. On this, Shahnaz said, I don’t like  “I  like it” Song sung by Himanshi Khurana. Himanshi got angry on this matter. she also said a lot of things to Shehnaz on social media. Watch here,…

Although there has been a lot of controversy regarding Shehnaz, it is being heard that today her dispute is going on with Vikas Gupta. It is believed that Shehnaz is estranged from Vikas Gupta because Vikas refused to take him on any of his shows. Vikas is probably going to make a show with Siddharth in which Shehnaz wanted to work with Siddharth. When she told her to wish to Vikas Gupta, Vikas refused her. So angry Shehnaz unfollowed him.

Q1. What is the Religion of Shehnaz?

Q2. Who is the Shehnaz Husband?

Ans. She is Single. Right now, She is not married.

Q4. Tell us something about Shehnaz Kaur Gill’s Family.

Ans. Her hometown is in Punjab. But, Currently, she lived in Mumbai.