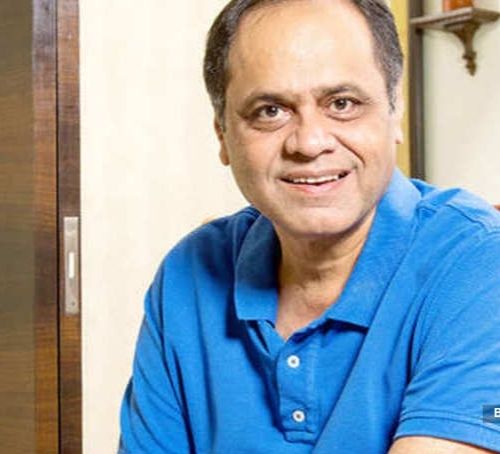 The longer the stability, the greater the subsequent volatility.

Ramesh Damani is an Indian businessman and the director of Ramesh S. Damani Finance Pvt Ltd.

He is one of the leading and richest investors of India, his works are appreciable and interesting to look at.

What are his business ventures and success stories? This article is all about his story.

Initially, Ramesh was not interested in the stock market which was the business his father was in; he slowly gained interest in this field.

He belonged to an upper-middle-class family, his father was working in the stock market for the past two decades and had a well-earned salary through which he was able to send Ramesh abroad for his higher studies.

Also Read: Who is Porinju Veliyath Net Worth?

He completed his masters’ degree in business administration from the California state university and a bachelor’s degree from the HR College in Mumbai.

Since Ramesh was the sole male child in the family, his father wanted his son to look after his business so that his son could continue what he started.

After much persuasion from his father, Ramesh did not budge, he was completely uninterested in his father’s business but his father had a trick up his sleeves.

His father sends him $10000 and asks him to take all of the money and invest it and during this period, if he is able to double the money, he can keep all of it.

If he wasn’t able to, his father would not utter a single question in his direction regarding the money.

The only condition he kept for this offer was that Ramesh invests this money in the stock market.

Ramesh thought this was a good bet and agreed to it, so he invented the given amount in various stocks in the stock market.

To his dismay, he ended up losing whatever he invested and reinvested in just six months, this shocked and disturbed him.

As his father promised he asked Ramesh not even a single question regarding the money he asked his son to invest but he was disappointed and thought maybe this stock market was not his son’s cup of tea after all.

Also Read: What is the Face Value in Share Market?

He dropped all his persuasion about his son joining the stock market industry, but Ramesh was finally not having it.

He was constantly at the edge of why and how he did lose all of that money, his main concern was he had his MBA degree from a renowned college in the US and still ended up losing money in the stock market.

His ego was hurt and he thought to finally put his mind in his father’s work and bounce back the money but even better.

This was the final stage for Ramesh and he started his investment journey in the stock market.

Ramesh had his MBA knowledge and experience and his failure from losing the money his father told him to invest, he joined the Bombay Stock Exchange and became a member.

Though his initial plans were to become a broker and spend his living earning as a broker, what intrigued him was having a well-earned and successful business and turning it into a good investment for a long period.

It was the big Harshad Mehta phase when Ramesh was into investing and Ramesh was earning a lot of money for his clients but the return he was getting was not fruitful.

Ramesh decided that he would start investing for himself and that was the fruit of his labor.

It was 1993 when Ramesh made it big for the first time, when Infosys got public, being a coder in the US he knew better to grab on this opportunity.

So he decided to invest 10 lakhs in Infosys and CMC which gained him his luck by the year 1999 and the investments he made rose up.

Ramesh had the liquor industry under his belt in the year 2002-03 and his investments were a huge success.

Some of Ramesh’s holdings are stated below:

In an interview with Rameh Damani, he shared what his ideologies are and how he thinks that time dedicated to a good business is better for the creation of wealth rather than calculating the time of the market.

It depicts that the index delivered over a 13 percent CAGR returns minus the counting dividends even though the years we’re not so good for Indian history.

He also stated that India aims to be the third-largest economy from a third-world company with its present conditions.

He added, “Investors who have stayed bullish on this country and invested in high-quality businesses have made a fortune.”

Explaining the changes over the decade in the stock market, Ramesh says that the law of gravity can never be changed and that implies investing too, these are the basics of the universal laws and principles.

On having the right stock he gave advice that one should have a good business and a level of safety and that the investors should invest with a few of being long term and pay less than what you would expect a few years ahead and these principles will never change.

Ramesh stated that the market just swings between fear and greed just like a pendulum hence buying with safety concept is never gonna get old.

At last, he concluded that “Compounding is the surest thing to make you rich. The earlier you start, the better off you are.”

The story of Ramesh Damani is quite interesting, life never gives you a second chance though when it does, you should grab it and that is what Ramesh did.

He learned his lesson from the time his father gave him 10000 USD and he lost it though it was just astonishing to him, but he learned and turned his whole career around.

He is a hard-working and dedicated man, he turned his skill and knowledge into his business.

The lesson worth learning from Ramesh’s story is that one should with the right skills, knowledge, patience, and understanding of stocks and their working one would thrive in this world of stocks.