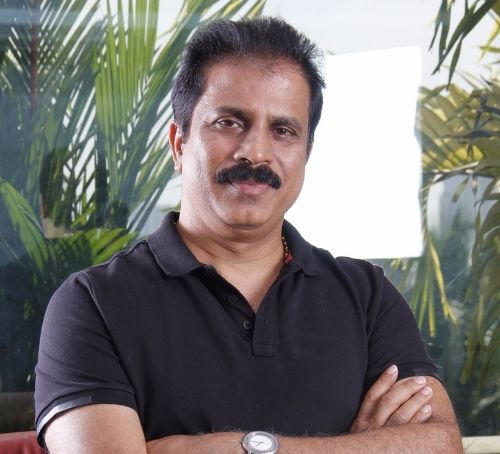 Investors cannot be bearish on India because our economy is really small. It is a $2- trillion economy. We have to grow, not only at 6-7 percent, we have to grow at 10-12 percent for some time at least. This is the only way we can bring 50 crore, people, out of poverty. It is important for the economy and ultimately for equity investors.

Porinju Veliyath is a famous Indian investor and a fund manager. He crafts his own portfolio and even handles the portfolios of the investors that invest in his fund management firm Equity Intelligence India Private Limited. He has also been named as a small-cap czar by The Economic Times.  He is a successful businessman who strived for his success with his hard work even though he had an ordinary life background.

Also Read: Who is Radhakishan Damani?

This article is dedicated to Porinju Veliyath’s biography, he will talk about his early life, his career, family, achievements, and many more.

Porinju Veliyath belongs to a middle-class family with his birth town being Chalakudy village, Thrissur which is near Kochi city. With the poor financial conditions of his household, Veliyath had to start working at a very early age to provide financial help to his family.

He was only 16 years old when he started working and had faced many troubles in his life to the point his family even had to sell their house to make ends meet.

Though Veliyath being a determined and hardworking person worked hard for his dreams and completed his education earning his law degree from the government law college in Ernakulam.

He had a job at the telephone exchange while still studying so that he could help meet his family’s needs.

So what exactly is his story? What did he become what he is today? Let us hear about his success story.

He started working as a floor trader with Kotak securities in Mumbai in the year 1990, this is where he gained a lot of experience and knowledge regarding stocks and their working and an inner look at the share market in his four years working there.

Then he joined Parag Parikh securities in the year 1994 holding the post of research analyst and also fund manager for a total of 5 years. Though he was not quite satisfied with his life there and eventually moved back to Kochi in the year 1999.

During this period he made investments for wealth creation and eventually in the year 2002 he founded his own fund management with the name Equity Intelligence which was focused on value investing in the Indian Equities.

He worked hard and dedicated his time to his work. The big success moves of his story were the first few investments he made, Shreyas shipping, and Geojit financial services which were a success and the reason for the start of his successful start.

He founded ‘Equity Intelligence’ in the year 2002 and with his hard work turned into what it is today, in recent times this company is one of the leading portfolio managers. They manage portfolios with varied ranges, from an ordinary person to big personalities, from lakhs to millions, they manage it all.

He is known to invest in the new company with a good solid plan and hence got the name given by The Economic Times.

He made his company a success story.

Along with his company, he also is the director of the Arya vaidya pharmacy which is linked with the HUL and has made many ayurvedic personal care products.

This book is a step-by-step guide into the world of the stock market and all the investments made by Porinju Veliyath.

He talks about the strategies and his works to everything about stocks and investments, he also mentions some big and good investors like Warren Buffett in his book, talking about their success and strategy.

Overall this book is a great choice for any new beginner, looking for a future in the stock market this book will help him understand the market and help him grow.

Some of his holdings are:

Porinju Veliyath is an inspiration for our people, even though he belonged to a middle-class family and had to go through many difficulties in his early and mid-life to make ends meet for his family his dedication and willpower to do something better did not waver.

He worked hard and established his very own company and today this company is one of the leading companies in the stock market. He even wrote a book explaining his ideologies and works with his investing theory and also works and ideologies of some famous stockholders for the people who are interested in stocks.

His works are appealing and applause-worthy.