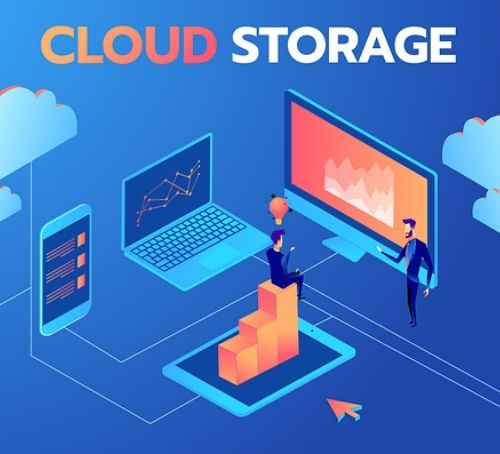 Knowing when’s, what’s, and how’s of cloud computing makes you drive to learn about technology. However, regardless of a bunch of time you heard this buzz word, you would never be able to perceive patently.

In the future date, by 2025, expecting nearly 100 zettabytes of data would be storable in the cloud.

So, here is the explication of what cloud computing is all about. Thence, let me take you to go down into this with a quick sprint.

What is Cloud Computing?

The name had derived from the cloud symbol, which uses for flow charts and diagram representation. With a pay-as-you-go pricing system, it provides on-demand delivery of IT resources by the internet. This hosting service provider lets you free from buying to maintain the servers, software, intelligence, and networking.  Because of Covid times, its usage is going upwardly, including spending, cloud adoption, development, and infrastructure.

Looking at internal cloud computing and architecture would give a closer look at highly advanced cloud solutions. According to the technology evolvement, it gets modified with new features and strategies. 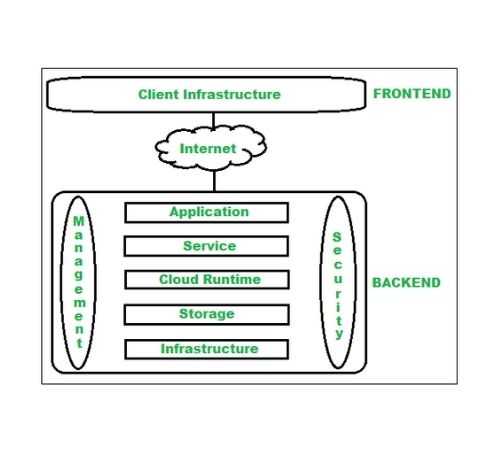 Namely, there are two parts:

A client-side of a computing system is nothing but what the front end implies. All the user interfaces and applications most needed are accessible to the client by the cloud computing resources/services.

The best examples for the cloud architecture backend platforms are AWS, Amazon, and Microsoft. By the service provider, all manage itself as it encompassed with data storage systems, zillions of servers. It provides secured software accessibility through private or public connections.

Now it delivers in two forms of models, those are:

It allows you to build fundamental computing blocks that are accessible physical or virtual in a renting principle over the internet. This is benefit able to the firms that want to create applications from bottom to top and manage themselves.

But, to synthesize cloud computing at such a level, the company possesses the technical skills and administration ability.

However, it’s not secure for the high amount of data as there will be security breaches. 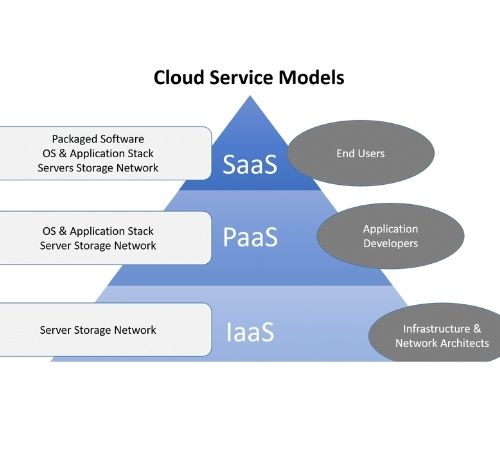 Here in the Paas model, a third party provides both hardware and software applications to the user. In that case, if developers crave to build an application by including operating systems, database management systems, middleware.

Platform-as-a-service is the best that comprises storage, networking, and virtual servers.

Saas is one of the most demanding cloud computing software. It refers to a third-party provider who hosts the software and renders it to the end-user typically, over the internet.

Now it’s in all the rage with individual consumers, though, the business users are Saas biggest aim.

Rather than taking from the organization’s private data center, end-users ingress enterprise software or productivity applications. You can look at living proof examples Salesforce and Microsoft 365, which has business own data centers that are hosted and distributed for a long.

When coming to the public cloud, it’s the traditional cloud computing model, that access a huge pool of computing power via the internet.

The main benefit is easily scalable a service. That means, it possesses enough extra capacity that able to deal if the customer wants more IT resources.

While the private cloud has a bit of improvisation then that as it offers some advantages incautiously renounce control on the data and services, the reason is it crimped away backside the corporate firewall.

It also calls as a cloud hybrid, which is attainable with the amalgamation of private and public cloud by computing environment as an on-premises data center.

That enables the shareability of data and applications among them. Some of the experts say that it would inculcate with multi-cloud, as you see below.

Research of Gartner confirmed that on cloud services that global spent will be $260bn this year raise from $219.6bn. In turn, it grows more than expected.

Thus, it clearly evident that the demand of cloud usage got increased and is being up by vendors who are providing cloud versions of products.

What are the Advantages and Disadvantages of Cloud Computing?

The deployment of cloud computing brags many benefits for business users and individual usagers. A few of the merits are had explained below.

Lowers the IT operating costs as the organizations don’t need to invest huge amounts on equipment buying and maintenance. Subsequently, their capital expenditure cost reduces­­­. Simply put, they no need to spend large data center building, utilities, and all setups for the business growth.

Cloud computing avails the service of dexterity to scale supplely. In terms of cloud, that is to say, providing an ample supply of IT resources. For instance, the right amount of delivery at the right time, whether greater or lesser computation power, bandwidth, storage.

It lets the whole cloud computing performance makes simpler as it runs on a worldwide network and upgrades to speedy and effective computing hardware.

As there is no upfront, it’s not accessible for a low price and fragile hope to buys for a long duration.  If the company consists of sensitive data and core applications, there might be a challenge for them to deal with security breaches.

Over a decade ago, cloud computing technology came into existence. However, it’s has been in the primary stage of adoption, despite its long history. Whatever the organization’s size, opt the cloud computing for storing information would bring a new shape with its virtualized resources/services.

There is a wide range of cloud computing services, including elementary networking, processing power: and storage, conventional office applications. More or less, it doesn’t demand you to be intently close to computer hardware that can now be deliverable over the cloud.