The Mystery of Taj Mahal 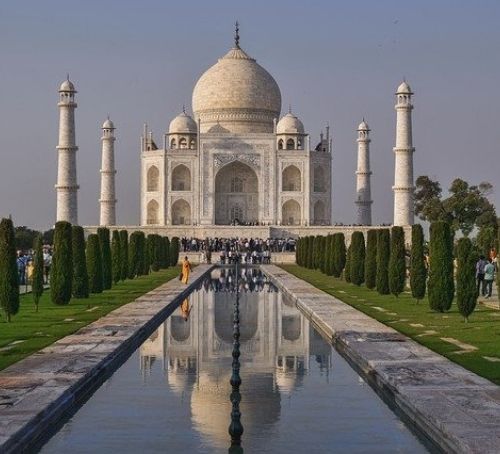 Seven wonders in this world, one of which Taj Mahal. The Taj Mahal is famous in the world for its love. It is said that love lasts for lifetimes.

A symbol that immortalizes two loved ones even after they die. Even today many people come from various countries only to visit the Taj Mahal. Let’s know some interesting facts about the Taj Mahal.

Arjumand Bano Begum was married to Shahjahan in 1612. Shah Jahan conferred Mumtaz with the title of “Mumtaaz Mahal”. Because she was so beautiful. Since then she became famous as Mumtaz Mahal.

She died while giving birth to the 14th child. She (Mumtaz Mahal Children) has 8 boys and 6 girls. Shah Jahan built the Taj Mahal in her memory. See Mumtaz and Shajahan images here.

Some Unknown Facts About Taj Mahal

1. Do you know that 37 people had prepared the map of the Taj Mahal?

4. 99 names of Allah are written on Mumtaz’s tomb.

6. The first selfie with the Taj Mahal was taken by George Harrison.

7. Perhaps you will be surprised to know that there is a Taj Mahal in our Uttar Pradesh also maybe not as beautiful but the structure is the same. Yes, even today some people love their wives very much. Faizal Hasan has built this tomb in memory of his wife.

8. Inspired by the Taj Mahal, a 20-story hotel has been renovated, named Taj Arabia.

10. There is no light connection in the Taj Mahal even today.

11. The fountains in the Taj Mahal start and stop together.

12. Taj Mahal is built over the river Yamuna. That’s why there is the wood of Ebony and mahogany is used in the foundation of the Taj Mahal. These are wood that does not deteriorate on by moisture but become stronger.

13. During the war between India and Pakistan, the Taj Mahal was covered with bamboo.

14. Apart from Mumtaz, Shah Jahan also had many other wives.

15. Mumtaz died while giving birth to her fourteenth child.

17. It is heard that at the time of dying Mumtaz had taken two promises from Shah Jahan. The first is that he will build such a memorable building for him like no other building in the world. Second they won’t marry anyone.

19. When the Taj Mahal was built, then precious stones, gemstones were placed in its sculpture. Those diamonds and gemstones were taken away by the British when they left India.

21. Do you know that during the time of Shahjahan, people had to cross the river Yamuna to reach the Taj Mahal?

22. The best calligraphy in the world is done at the Taj Mahal. It is written on the entry gate of the Taj Mahal that

This calligraphy is in the “Thuluth” script. Abdul Haq was called by Shahjahan from Iran. Seeing his artistry, he was awarded the title of “Amanat Khan”.

23. A building like the Taj Mahal is located in Madhya Pradesh, whose architecture is like the Taj Mahal, it was built by Azam Shah for his mother Dilbas Banu Begum in the 16th century. It is famous as “Bibi Ka Maqbara”.

24. When Aurangzeb asked Shahjahan’s last wish, on the imprisonment of Shah Jahan. Then they said that they should be kept in such a place from where they can see the Taj Mahal.

Some Mysterious Secrets of the Taj Mahal

3. After the Taj Mahal, those laborers also built many more buildings such as the Red Fort. So to date, no evidence has been found of which of these things are true. Still, this is a mystery of the Taj Mahal.

4.  Shah Jahan wanted to build a black Taj Mahal. But to date no evidence is found, it is also a mystery of the Taj Mahal.

5. P.N. Oak has written in his book “Taj Mahal: The True Story” that under the Taj Mahal is the Shiva Linga. And the government has banned this book. Now how much truth in it, it remains a mystery of the Taj Mahal to date.

These facts have been heard by the local people, the proof of some of them is not known.

Images are taken from Views-of-Taj-mahal  and Flickr.com