While a lot of people still enjoy going to the theaters, a lot of people choose to watch videos, movies, and other things in their homes comfortably. Hence it is always a preferable option.

A lot of operating systems are available in the market in today’s world. But nothing beats Microsoft Windows to this day, and it remains one of the most popular Operating Systems. With the launch of Windows 10, Microsoft took a step forward and provided users with an awesome experience in terms of interface, design, and navigation.

So our focus is – From all the available media players, which is the best? Every user has a different requirement, and according to their requirements, a lot of different Video Players are available.

But the first question that comes to mind is – Why not use the Windows Media Player (WMP)?

Why Not Just Use The Media Players for Windows?

The biggest of all the answers to this question is that Windows Media Player is outdated and boring. The interface is downright simplistic, and it has limited features. Although Windows Media Player’s counterpart, ‘Movies and TV,’ has been introduced, it isn’t very interesting and has a minimal scope.

Both the WMP and Movies & TV have a minimal user interface. Because of this reason, people often find them annoying. Also, when it comes to supporting various video formats, both these apps don’t have a lot to offer.

Although these apps have one advantage – they’re light, so they consume less space and battery. But that isn’t enough to bring them up on the list of the best media players. So if not these two, then which media players should we use?

The basis of selecting them was,

Let’s take a look at the top 5 best video players for Windows, taking into account all the features that they have to offer.

Here, we are discussing the top 5 best video players for windows with their features.

Well, this one needs no introduction. VLC Media Player has to be the most popular media player of all time, and rightly so. The amount of features offered by VLC is mega. Also, its simple yet so cool interface is hard to resist. VLC is available for not just Windows but almost all popular platforms like Android, Mac OS, Linux, iOs, etc. VLC, without any doubt, is first on our list. This Player is one of the top 5 best video players for windows,

So all the points mentioned above ranks VLC at first in the list of Top 5 Best Video Players for Windows. But if you still think that this is not the right player for you, then the list has some more apps you can check out. Keep reading to know more.

It may not be as famous as VLC, but it still manages to be on par with it. PotPlayer’s popularity has been growing exponentially, and for all the right reasons. The parent company of PotPlayer, Kakao, understands the needs of its user, and with every update, it has been improving this media player. That’s why we are placing the pot player in the second position in the list of top 5 best video players for windows.

Kodi comes on the third number in the list of top 5 best video players for windows. Remember the good old Windows Media Center? Are you missing it on your new Windows 10? Well, no worries. All you have to do is download Kodi.

Plex Media Player that replaced the original Plex Movie Theater. It is a new and refined software for media playing. A lot of features provided by Plex are somewhat similar to Kodi. But a few things make it stand apart.

Some features provided by Plex place it at the fourth number in the list of top 5 best video players for windows.

This is the last entry in the top 5 best video players for Windows. KMPlayer is a great Media Player for your Windows and has made it to our list because of the amazing features it provides. 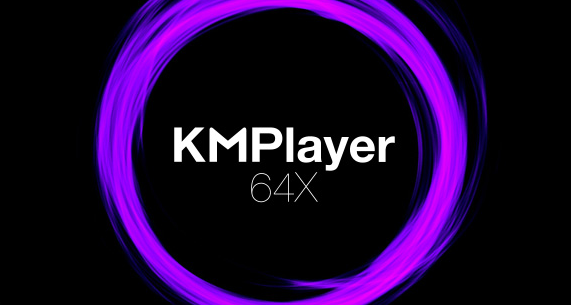 Some fantastic features provided by KMPlayer are,

Although VLC and PotPlayer are the obvious winners, the other three entries on our list also manage to stand at par with them. So now you know which video Player to choose according to your needs. Have a good Media Playing experience. Adios!

Hello Friends, Myself Glory. I have done bachelor's in Technology. I am very passionate about Reading and Writing. So, I choose this platform. I love Technology and Entertainment. So, Whatever I learn, I share with my precious audience. I hope, it may help you and you learn a lot of things.

My name is Glory. I am the owner of this blog. By Passion, I am an Engineer, and By Profession, I am a writer, creator, blogger, and SEO expert. I started this blog in 2019 to share my learnings with People. My Team Members and I have started writing on different Topics. So, in one place you can get complete knowledge of other areas.