Recursion is a mathematical term that stands for the repeated application of a method or definition. In programming terms, recursion is said to be done when a function calls itself directly or indirectly. The process is called recursion, and the created function is known as a recursive function.

Recursion in C Programming is an extremely important concept and recursive algorithms can help in solving difficult problems easily.

Recursion is extensively used in the C programming language. There are a lot of things that programmers have to keep in mind while using recursion. These things are discussed below. Read on to learn more.

Types of Recursion in C Programming

Direct recursion is the one in which a function calls itself from within itself. A simple explanation would be – you create a function, and you call the same function again inside it. Let us understand it through a code snippet.

Also Read: How to implement Strcpy and Strncpy function in C?

Direct recursion itself is of four types. What is String in C programming? How to use it?

When a recursive call is being made in the function, and the statement containing the call is the last statement inside the function, then it is known as Tail Recursion. Its example would be the snippet from Example 1.1

Head recursion is the opposite of tail recursion which means that the recursive call is the first statement inside the function.

Also Read: What are Pointers in C programming?

When a function is calling itself for one time, it is known as linear recursion. Refer to example 1.1

When a function is calling itself for more than one time, it is known as tree recursion. Refer to example 1.2

This is the type of recursion in C programming where more than one functions call each other.

How to Use Recursion in C Programming?

C programming supports recursion and C programmers use recursion extensively to solve complex problems. Now let us come to a few basic things that you should know before solving a problem by using recursion.

While using C recursion, the solution to the main problem is divided into a base solution and a recursive function. To clear the meaning of the above statement, let us take an example:

Let us understand the above piece of code.

So now you should have got the basic idea of recursion. What is happening here is, we are dividing the main problem into smaller problems using recursion, while also providing one or more base conditions to end the recursion.

How is Recursion Useful?

Recursion in C Programming helps is solving big problems neatly and easily. The program that uses recursion is easy to read and understand. It is also very useful when we need to apply the same solution again.

Another advantage of using recursion is that the program can be small in comparison to its iterative solution which is long.

The examples of problems that can be solved using recursion are – finding factorial of a number, Fibonacci series, finding the sum of natural numbers. Using recursion is also very convenient while dealing with data structures like trees.

Are There Any Disadvantages of Recursion in C Programming?

Yes. We always have to provide an if condition as an exit condition to end the recursion otherwise it will enter an infinite loop.

Recursion also uses more processor and is a bit slow as compared to iterative methods and other methods.

Recursion also takes up a huge chunk of memory because it requires stack space each time it is invoked. This creates the problem of running out of space when dealing with lengthy problems.

Let us now take recursion in C examples and its applications in a better way.

A Program For the Sum of n Natural Numbers. 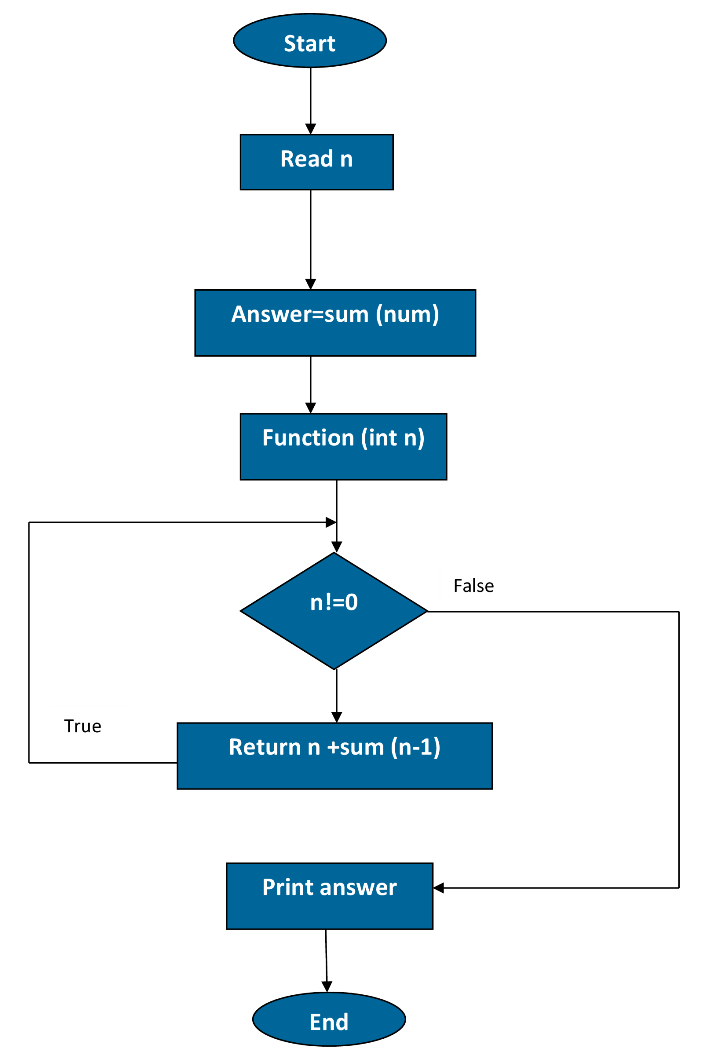 Let us now understand the working of this program. Initially, the sum() function is being called from the main() function and we were passing num as an argument.

So what is happening here is that we are trying to find the sum of n natural numbers. The condition that is being checked is – n!=0 which means n does not equal to 0. Every time if the condition is true, the function will call itself again and will return – n + sum(n-1). So the value of n will keep on decreasing by 1 until it becomes 0. As soon as the value of n becomes 0, the if condition will become false and the else statement will be executed i.e. return n.

That’s it. This is how simple this problem becomes if we use recursion in C Programming.

Before we construct the program for the Fibonacci series, let us understand what it is.

Fibonacci series is a series in which every number is the sum of the two numbers preceding it. 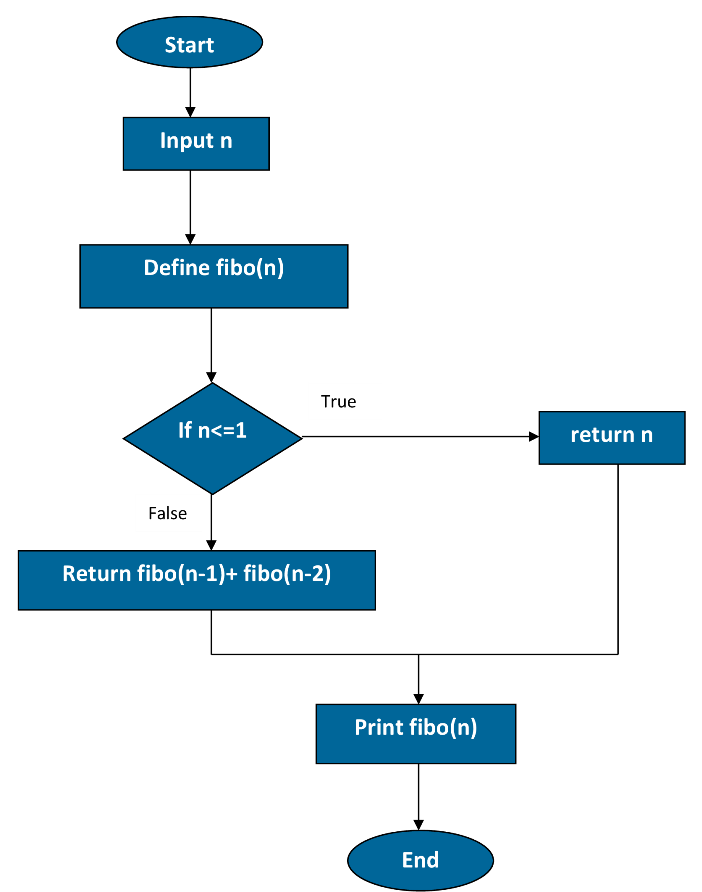 Now we come to the main program. We declare n as an integer and then ask the user to input the value of n. The program then runs the recursive function to print the output.

Find a Factorial of a Number Using Recursion in C Programming

Now in the main program, we ask the user to input the value of n. Then the program will run the recursive function to print the answer.

Program on the Tower of Hanoi Recursion in C Programming

The Tower of Hanoi is a puzzle. Here, we have three rods and n number of disks. The disks are arranged in the form of a stack which has to be moved to another rod while following these rules:

We create a function towhan to explain to the compiler what tower of Hanoi is. We declare three rods as characters. For the value of n==1, we print the steps of the disk movement (Move the disk from one rod to another). For values of n greater than 1, we call the function again for the disk n-1 and print the disk movement. We do it again for another set of rods.

Now we get the number of disks from the user. We name the rods as ‘A’, ‘B’, and ‘C’. Then print the steps using the function we created.